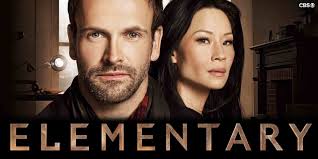 My appreciation of intelligent but damaged protagonists continues, with Elementary filling in for the now-departed Hannibal.
This show is far more nuanced and real than its’ UK counter-part, helmed by Benedict Cumberbatch. In Elementary, Sherlock Holmes is brilliant to the point of Aspergers with all the passions that only an imaginative, high-IQ, drug addict could have.

The episodes are “crime-of-the-week” and serve to showcase the brilliance of the actors who play Holmes and Watson (Jonny Lee Miller and Lucy Liu, respectively). Miller is excellent as the “nutty professor” that is Sherlock Holmes, using his talent for physical comedy and clearly displaying that he is a well-read actor. 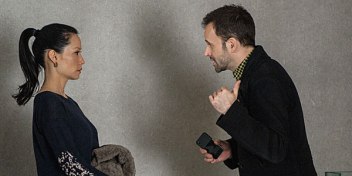 Liu matches Miller with an understated but poised approach to the role of Watson. She is striking but restrained, showing glimpses of emotion in ways that make the viewer want more. She is in no way the bumbling Watson of other series. In Elementary, Joan Watson is the equal to Holmes in ways that challenge and complement both characters and that make the show so compelling to watch.

Both actors are also physically interesting, with Lucy Liu bringing her background in stick-fighting to the fore and Miller demonstrating his physical fitness from his passion for extreme sports and ultra-marathoning with his ability to move effortlessly in comic scenes or just going about shirtless.

Depending on your taste, you may enjoy either or both of the images below: 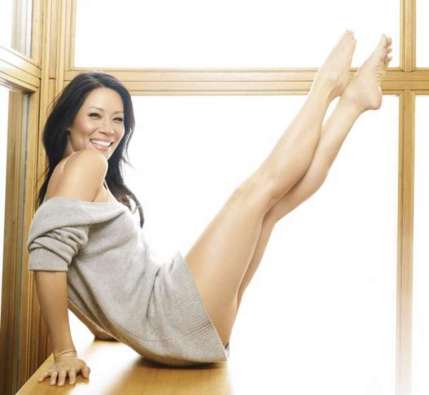